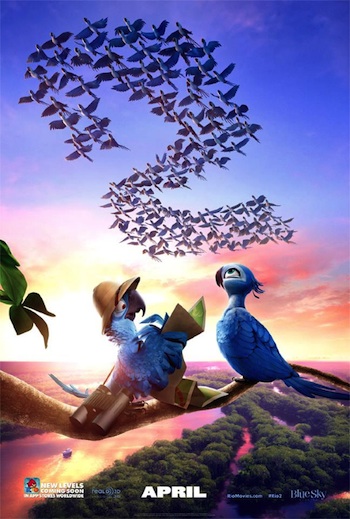 Enjoying the scenery: you're doing it wrong.

Released three years after the first movie, Rio 2 deals with Blu, Jewel, and their kids having to fly into the heart of the Amazon, after Linda and Tulio discover that there just might be a wild flock of blue macaws living there. Their search soon becomes perilous as loggers move into macaw territory. And that isn't all of the blue birds' troubles; Nigel, rendered flightless due to what Blu did to him, is out for revenge...

Carlos Saldanha returns as director. The first teaser can be found here