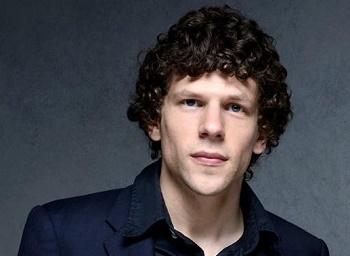 "You have part of Jesse Eisenberg's attention. You have the minimal amount."
Advertisement:

He has earned critical acclaim in his career, but it wasn't until his role as Facebook founder Mark Zuckerberg in the hit The Social Network that he reached worldwide fame. He is set to make his directorial debut in 2022 with When You Finish Saving the World.

Eisenberg married Anna Strout in 2017, and they have a son together.

Tropes and trivia related to his works: