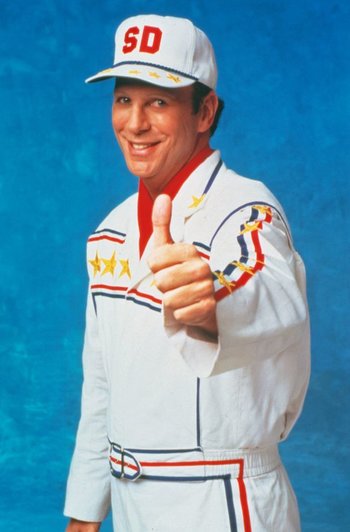 Stewart Robert Einstein (November 20, 1942 – January 2, 2019) was an American actor, comedian and producer. He's best known as his character Super Dave Osborne, a stuntman who always gets severely injured when attempting his stunts. The character first made his appearance on the Canadian sketch comedy series Bizarre and would later get his own spin-off, Super Dave. In addition, he's also known as Larry Middleman on Arrested Development and as Marty Funkhouser on Curb Your Enthusiasm.
Advertisement:

Albert Brooks is his younger brother.