Film / To Rome with Love 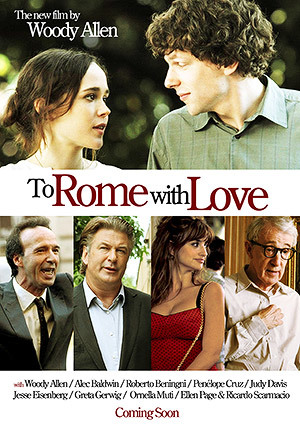 To Rome with Love is a 2012 Romantic Comedy written and directed by Woody Allen set in the Italian capital and featuring an ensemble case including Elliot Page, Jesse Eisenberg, Alec Baldwin, Penélope Cruz, Roberto Benigni and Woody Allen himself, in his first acting role since Scoop. The film is composed of 4 vignettes: