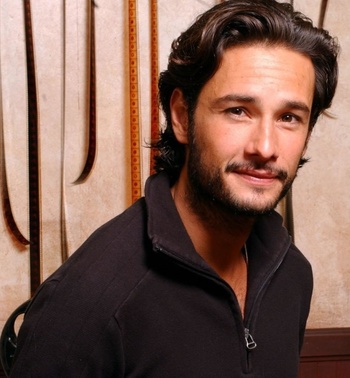 He's well-known in his native country and has had major success in American film and television, enjoying a variety of high-profile roles after initially working mostly as Mr. Fanservice in the occasional Romantic Comedy.

He's perhaps best known among international audiences for his role as King Xerxes in 300, although he was hidden under a lot of make-up and CG effects. He was also one half of Nikki & Paulo, a pair of characters introduced to Lost, but the storyline was poorly handled and they were universally despised by fans. Still, it was hardly the fault of Santoro or his co-star Kiele Sanchez, and Santoro has continued to enjoy a varied and successful career.