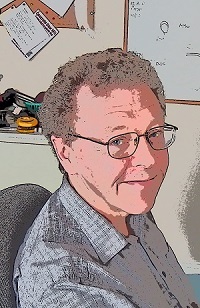 Phil Masters (born 1959) is a British roleplaying games writer and editor, He began publishing in the RPG field in 1981, in White Dwarf magazine, and his first book was Kingdom of Champions for Champions in 1990, but he is most often associated with the GURPS game line, and in particular with the Discworld RPG adaptation. He has also worked on licensed GURPS adaptations of Castle Falkenstein, the Hellboy comic books, and the Vorkosigan Saga, and a large number of other books and magazine articles for several different rule systems. In 2015, he self-published an RPG of his own, The Small Folk.
Advertisement:

Masters has also written on fantastical themes for British company Osprey Publishing, and had a few short stories published, three of them in Interzone magazine. His Web page is here.

Works by Phil Masters with pages on TV Tropes:

Tropes associated with Phil Masters include: