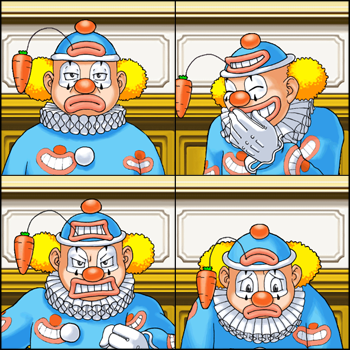 Angel Dust: Speaking of style, is your hat like, alive or something?
Sir Pentious: Oh, well— that's none of your Goddamn business! Now is it?
—Hazbin Hotel
Advertisement:

An item that changes based on the expression or emotional state of its master, though it usually has no reason whatsoever to do it.

Expressive Shirt is a Sub-Trope. Often overlaps with Signature Headgear.

Related to Empathy Pet, which is the animal companion version of this trope. Compare to sister tropes Expressive Hair, Expressive Mask and Eye Glasses.