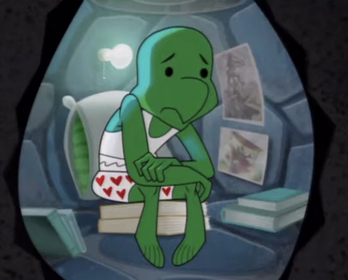 Oh, Bentley... to be given such a Shell-Shocked heart.
Heroic BSoD - The one BSoD that's not Microsoft's fault. Usually.