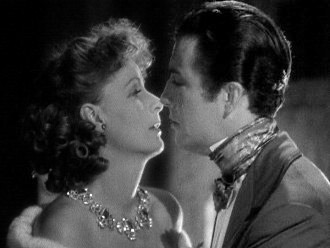 Love is in the air… and the eyes.
"Together, they will have the romance of a lifetime… expressed entirely in stares." note (Cue a montage of every stare between Edward and Bella)
— Honest Trailers, Twilightnote …and even more STARES!
Advertisement:

Bob and Alice have been spending a lot of time together, causing people to comment on their relationship but so far nothing has resulted from it. Often though, they will find themselves gazing deeply into each other's eyes, one indication of their UST. This can often precede an Almost Kiss, as this is usually what is happening before that. If this is an extremely intense gaze into the other's eyes, this might be an indication that a Big Damn Kiss is on the horizon. It can also be a platonic look between two friends.

There are four versions of this held gaze, depending on the atmosphere of the story:

A Sister Trope of Almost Kiss, as this commonly happens before the kiss. Sometimes precedes a Big Damn Kiss. A subtrope of Longing Look, but different in that it is just two people holding each other's gazes. It naturally tends to happen when two lovers Literally Fall In Love. Compare Staring Contest. May also be a Meaningful Look.

O'Neill & Carter separated by force field, with O'Neill refusing to leave her.

O'Neill & Carter separated by force field, with O'Neill refusing to leave her.