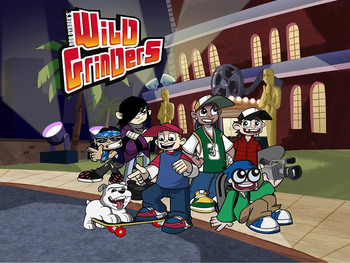 A animated series that started in 2012 on Nicktoons Network. This series describes the life and adventures of Lil' Rob and his group in skate boarding. The series was created by Rob Dyrdek, a professional skate boarder.