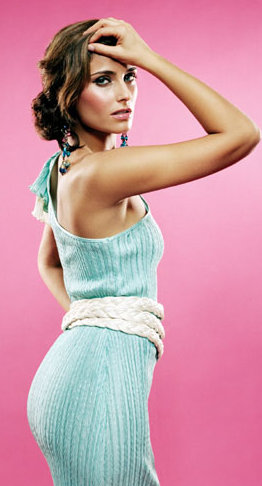 Nelly Kim Furtado (born December 2, 1978) is a Portuguese-Canadian recording artist, songwriter, record producer and actress. Her folk-pop debut album, Whoa Nelly! spawned hits such as "I'm Like a Bird", "Turn Off the Light" and "Shit on the Radio (Remember the Days)". Her second album based on the folk-pop template, Folklore, didn't do as well, sparking a change of direction musically.

In 2006 she released the controversial Loose, which was produced by Timbaland. While Loose has been her most successful release to date, spawning rave reviews and receiving Gold and Platinum accreditations worldwide, Furtado also received criticism for "selling out" and sexing up her image to sell records.

In 2009 Furtado released Mi Plan, a Latin rock album recorded entirely in Spanish. This was also a success (though not the worldwide smash Loose was), going Platinum in the US and charting in many European countries. A Greatest Hits Album was released the next year.

Her fifth studio album, The Spirit Indestructible, was released in September 2012.