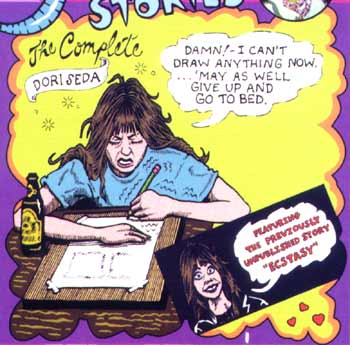 From the cover of her collected works
Advertisement:

Dorthea Antonette "Dori" Seda (1951 – February 25, 1988) was an Underground Comics artist who lived and worked in San Francisco where she met and co-worked with other underground comic stars, including Robert Crumb.