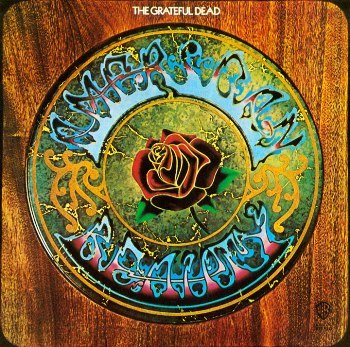 Let there be songs to fill the air.
Advertisement:

American Beauty is a 1970 album by The Grateful Dead, the sixth in their catalogue. Together with Workingman's Dead (1970) and Anthem of the Sun (1968) its often seen as their best. Therefore Anthem and American Beauty have been featured together in an episode of the documentary series Classic Albums.

The album generated the hit "Truckin'" and the fan favorites "Box of Rain", "Friend of the Devil" and "Sugar Magnolia". In 1997 "Truckin'" has been recognized by the United States Library of Congress as a "national treasure". The album would also prove highly influential on the country rock, Alternative Country, and Americana movements.