Film / I'm Dead but I Have Friends 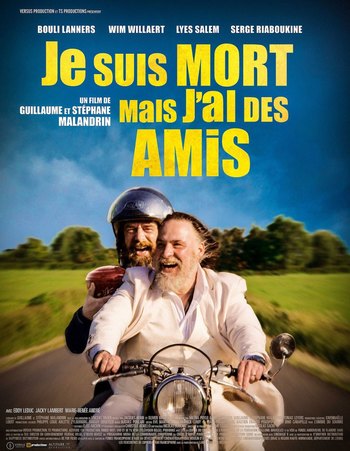 A punk rock singer named Jipé dies while his group (Grand Ours, which includes himself, Yvan, Wim and Nicolas) was planning to make a tour in North America. His musician friends have a fight with his brother and steal his ashes (still intending to do their tour), then find out that he was homosexual and in a relationship with a man named Dany for five years. Dany wants to join them in their trip to North America along with his dead lover's ashes.

They travel and fight a lot. Yvan in particular doesn't handle well the idea that Jipé was gay.

I'm Dead but I Have Friends contains examples of the following tropes: