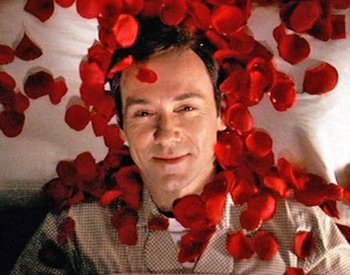 "Both my wife and daughter think I'm this gigantic loser... and they're right."

A Henpecked Husband and personality-less advertising-magazine wage slave who feels trapped in a shallow and meaningless life. He is the film's Posthumous Narrator and main character, and the story concerns his efforts to find happiness. 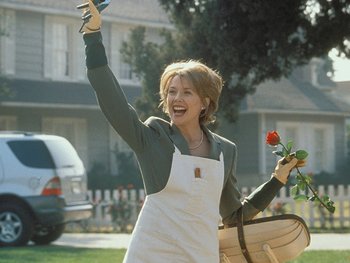 "My company sells an image. It's part of my job to live that image."

Lester's wife, head of a real-estate firm and a Stepford Smiler of alarming caliber. 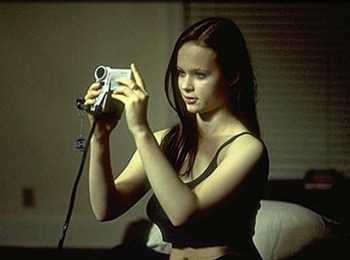 "My parents are coming tonight. They're trying to, you know, take an active interest in me."

Lester and Carolyn's daughter of sixteen years. She resents the way her father has begun to withdraw from her, and, in the very first scene of the movie, takes someone up on an offer to murder him. 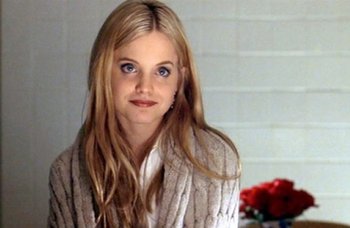 "If people I don't even know look at me and want to fuck me, it means... I really have a shot at being a model!"

A girl on the cheerleading team with Jane who quickly becomes the object of Lester's fantasies, causing him to start an intensive work-out regimen in an attempt to seduce her. She acts more worldly and experienced than Jane, and isn't afraid to use her body to advantage. 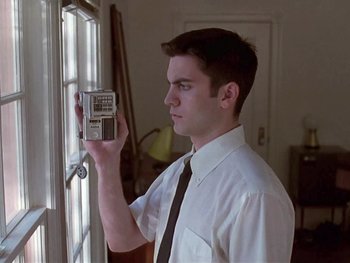 "I didn't mean to scare you. I just think you're interesting."

The new next-door neighbor to the Burnhams and Jane's eventual love interest. He is a weird combination of Stalker with a Crush, Cloudcuckoolander and Shrouded in Myth (in regards to where he was before he moved here), and sees more clearly than anyone else in the cast. He is an experienced dealer of marijuana, becoming Lester's supplier, and carries a video camera everywhere to record interesting moments out of his life. 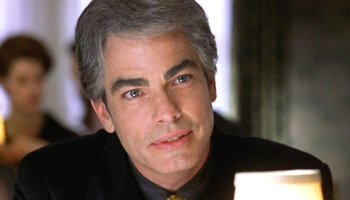 Carolyn's main business rival, the self-styled "King of Real Estate." He's powerful, success-minded, has enormously charismatic eyebrows, and appeals to her Stepford Smiler instincts: "In order to be successful, one must project an image of success at all times." Eventually, the two of them start an affair. 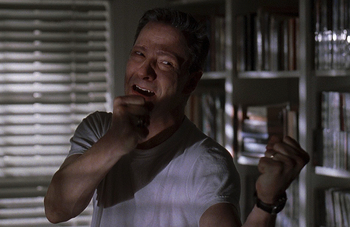 "You need structure... you need discipline."

A now-inactive Marine who fought in Vietnam. He's trying to raise Ricky in his own image, which is meeting with limited success. He's also a flaming homophobe. 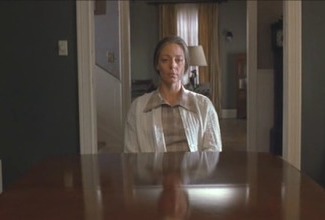 The colonel's silent, disjointed wife. She doesn't get many scenes, but Janney uses even her character's silence to communicate that there are some severe repression problems going on here.

"Welcome to the neighbourhood."

A gay couple who are the Burnhams' next-door neighbors on the other side. Bakula has joked that these are the most normal people in the film — and the thing is, he's right. They help Lester develop his new work-out regimen.