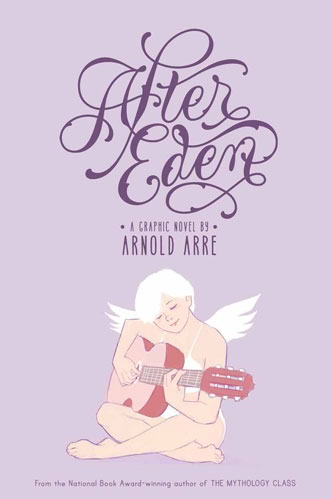 Jon and Celine are stuck in a routine that seemed endless, until one day, fate, and a little bit of divine intervention, and a mall brawl, brought these two childhood friends back together again. With so much catching up after being apart for several years, they quickly get acquainted, and sure enough, they fell in love in the middle of a thunderstorm.

But their friends, cynical Greg and Lea, and childlike Mike and Cathy, who are persuaded by Jon and Celine to know each other, try to break them up and to bring them back to the old routine. Plus, there are angels and demons that maneuver the fate of lovers like them since the days of Adam and Eve. Not to mention, the weather is always unpredictable on the city celebrating its centennial.

Will Jon and Celine ever maintain their love though these challenges?

After Eden is a 2002 Philippine graphic novel by artist Arnold Arre of The Mythology Class fame. The series revolves around six individuals, a rock band of angels, and demon cops, on the daily struggles of grown up life, romance, and the test of love and friendship in a seemingly mundane world. It has been revised in 2016 that changed the dynamics of the characters and the plot.

This graphic novel consists of these tropes: