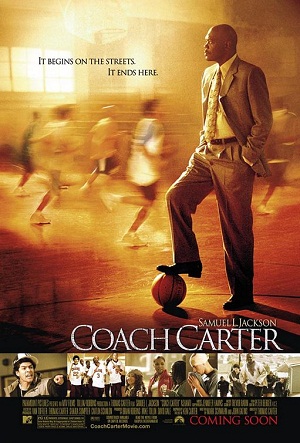 Coach Carter is a 2005 sports drama film Based on a True Story about high-school basketball coach Ken Carter who demanded academic excellence from his students, trying to change the culture of a sports-dominated school. He was so determined that when the team's grades slipped, he cancelled the team's games outright, including one with a rival school, despite protests from the other students and the parents. Think Lean on Me but with a basketball team and Samuel L. Jackson as the "Crazy" Joe Clark if he was a basketball coach.