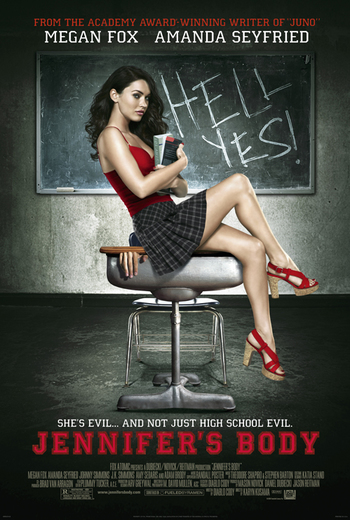 Jennifer (Fox) is a high school cheerleader who goes to a rock concert, where the band tries to sacrifice her to Satan to get a record deal. It works, but Jennifer gets possessed by a demon in the process, causing her to start seducing, killing, and eating the boys in her school. Upon finding out, Needy (Seyfried), Jennifer's Hollywood Homely Best Friend since childhood, sets out to stop her from wiping out the student body.

The name of the film was taken from the song "Jennifer's Body" by Hole. Oddly, the song doesn't appear in the film, although another track from the same album does.