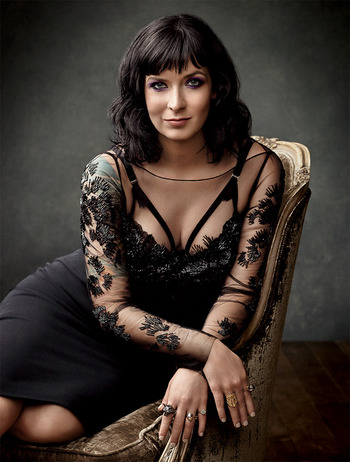 "It's important for a writer to have quirks. People like that shit, you know."
"She's the only stripper who suffers from too much self esteem."
— Roxy, God Bless America
Advertisement:

A big, big fan of Sophisticated as Hell and Buffy Speak.

She tends to write about complex women struggling with some type of problem. Among such works, she is best known for writing the coming of age comedy-drama Juno. She frequently collaborates with director Jason Reitman.

Tropes About Her Works: