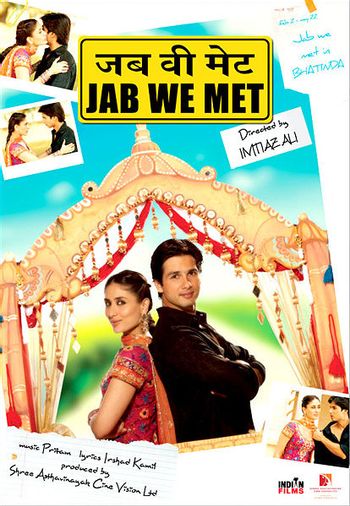 Jab We Met is a 2007 Bollywood romantic comedy movie starring Shahid Kapoor as Aditya (a depressed businessman who is trying to get over heartbreak) and Kareena Kapoor as Geet (a Genki Girl planning to elope with her boyfriend Anshuman) who meet on a train going from Mumbai to Delhi. At first, Aditya finds Geet's chattyness very irritating and gets off the train. She attempts to get him back on but they both end up missing the train. They begin a long journey north, attempting to reunite Geet back with her family in Punjab.