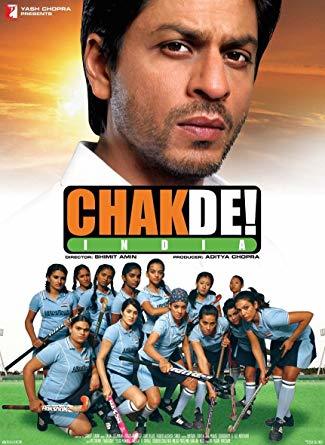 Chak De! India (English: Go For it! India or Go! India) is a 2007 Indian sports film, directed by Shimit Amin and Rob Miller, produced by Aditya Chopra, with music by Salim–Sulaiman and a screenplay by Jaideep Sahni. It is a fictional story about the Indian women's national field-hockey team which was inspired by the team's win at the 2002 Commonwealth Games. The film stars Shahrukh Khan as Kabir Khan, a former hockey star, tainted as someone who betrayed his country, begins coaching the Indian women's national hockey team to prove his loyalty to the nation.