Film / By the Sword 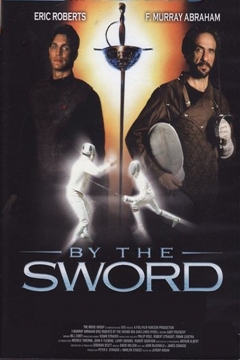 Max Suba (Abraham) has just been released from prison, and is seeking a job as a fencing instructor at his old school. The Maestro, Villard (Roberts), disagrees, as his form is terrible, but agrees to hire him as a janitor. Over the course of the weeks leading to Nationals, Suba gets back into shape, and becomes a part time instructor for the beginners. The two secretly have a history together, and is discovered over time, leading to a climactic duel between the two.

The film, while completed in 1991, wasn't released until 1993, and was a complete bomb, making just above six thousand dollars. It was released on video, but never on DVD, and is hard to find.

What makes this film noteworthy is that it is the first feature film about the sport of fencing, something no other film had previously revolved around.