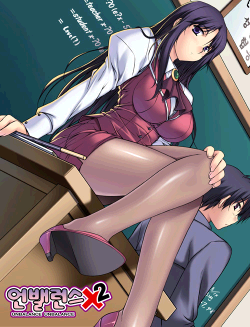 One day, Jin-Ho Myung finds a wallet at a bookstore and returns it to its owner, who turns out to be Hae-Young Na, a young woman. However, Hae-Young quickly discovers that he took some money from her wallet, but eventually decides to consider it as a loan. Shortly afterwards, Jin-Ho goes to school at the start of the school year, only to find out that Hae-Young is his new homeroom teacher. As the misunderstandings and accidents continue, the two slowly begin their new relationship as student and teacher, unaware of their growing attraction to one another. That blooms into a forbidden romance.

The original Korean manhwa has been serialized since May 30, 2005. You can visit the official site (in Korean) here

. There is also a Japanese language translation of this by Comic Valkyrie and Drama CD planned in Japan. The manhwa was on hiatus from November 2008 to October 2010 (possibly to let the Japanese version catch up), and has been on an irregular schedule since then, with a total of four post-hiatus chapters (73 through 76) published up to the present (July 2011). Infinity Studios published two volumes in English, but seems to be defunct now. The manga finally ended in 2011 with a total of 86 chapters.

An alternate story, Unbalance x 3, was released as a webcomic.

A character sheet can be here.