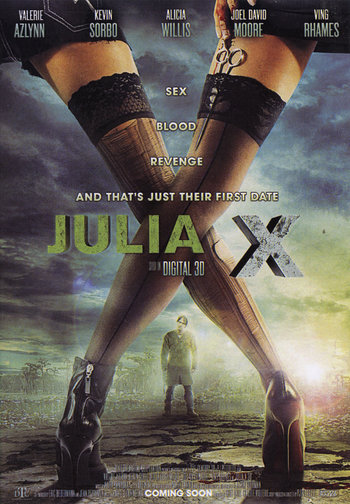 Internet dating has never been more deadly as Julia is about to find out. What starts out as a night of romance ends up being anything but as the man of Julia’s dreams, known only as The Stranger, turns out to be the sort of guy your mother warns you about…

Trapped in The Stranger’s sights, Julia soon finds out his true identity is not the suave, smooth-talking lover but a sadistic and amoral killer who wants to play a deadly and possessive game.

Branding his victim with an X, Julia is destined to be the next in the long line of ex-dates but unbeknownst to The Stranger, this time he has picked on the wrong girl…

Tropes used in Julia X include: