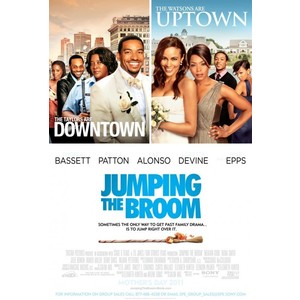 The plot is about two African-American families who live on opposite sides of the social circle and have to get together for a marriage in Martha's Vineyard in Massachusetts.

The Taylors are a downtown working-class family, whose matriarch Pam Taylor (Loretta Devine) is very upset when her son Jason (Laz Alonso) announces that he is getting married to Sabrina Watson (Paula Patton) at the last minute. Sabrina, who belongs to the Watsons, an uptown rich family led by Claudine Watson (Angela Bassett), and just as upset as Pam when her daughter Sabrina announces the marriage at the last minute.