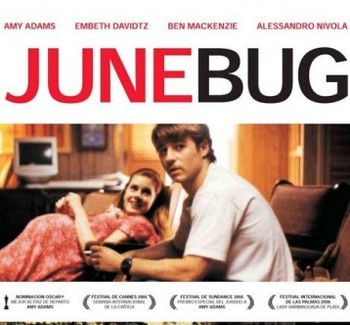 Madeleine is a fancy art dealer from Chicago. She's just married a man called George, and one of her potential clients happens to live nearby to his relatives. So naturally they take a visit to North Carolina so Madeleine can meet her in-laws:

The film was a surprising hit on the awards circuit and even netted Amy Adams an Oscar nomination for Best Supporting Actress. An unknown actress at the time, this marked the start of her rise to prominence.