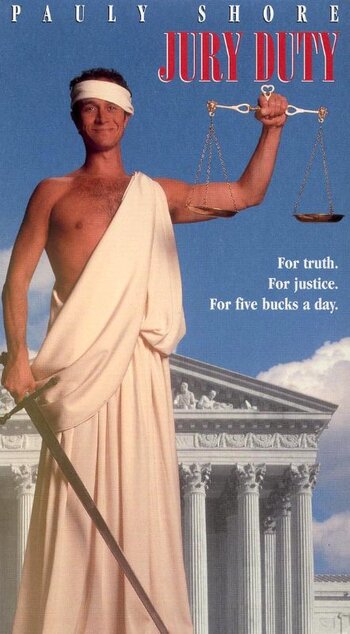 After being rejected at tryouts at a strip club owned by his uncle along with his mother and her boyfriend go to Las Vegas to get married, Tommy Collins (Shore) gets himself enrolled as a jury member in a murder trial and pulls every trick to prolong the proceeding in order to exploit the remuneration paid to jury members.

This film is the last film to star veteran actress Billie Bird, who was in her late eighties at the time.