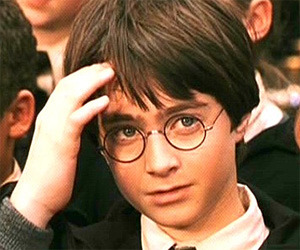 Scar hurts? Probably nothing.
"It is the old wound, my king! It has never healed."
— Sir Lancelot, Excalibur

Scar tissue is assorted connective tissue the body produces in an attempt to close up an injury. While sturdy, it tends to lose the original tissue function, including touch and feel. In real life, pain in scars is usually caused by sensitivity in the skin around the scar rather than in it.

In fiction, this tissue has an interesting ability to ache or throb when someone's old nemesis comes by, especially if the injury was caused by said villain. (Such significant injuries are of course also permanent.) Achey Scars can also refer to scars that were acquired a lifetime ago that still make the bearer gasp or cry out when touched by either a love interest or a particularly perverse Big Bad.

See also I'm Having Soul Pains and Wound That Will Not Heal. Compare Spider-Sense, which can convey equally-ambiguous warnings but does not manifest in a scar.