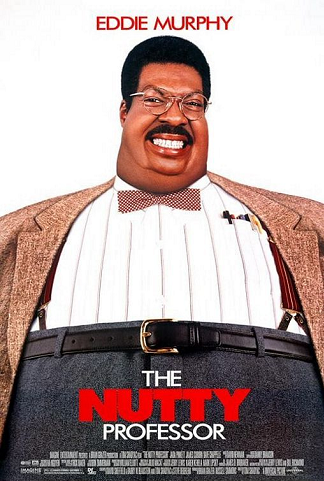 Brilliant and obese scientist Sherman Klump invents a miraculous weight-loss solution. After a date with chemistry student Carla Purty goes badly, a depressed Klump tries the solution on himself. Though he instantly loses 250 pounds, the side effects include a second personality: an obnoxiously self-assertive braggart who calls himself Buddy Love. Buddy proves to be more popular than Sherman, but his arrogance and bad behavior quickly spiral out of control.

The film spawned a sequel in 2000, Nutty Professor II: The Klumps, though it wasn't as successful at the first film.

The Nutty Professor provide examples of: