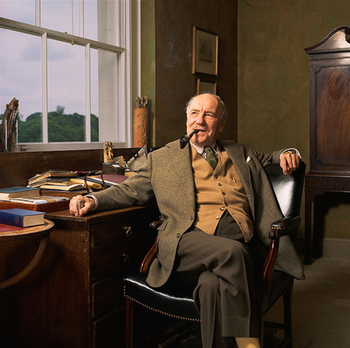 Sir Ralph David Richardson (19 December 1902 – 10 October 1983) was an English actor considered to be among the best that Britain had to offer in the 20th century. He was also known for his various eccentricities, such as having pet mice and driving motorcycles at high speeds well into his seventies.