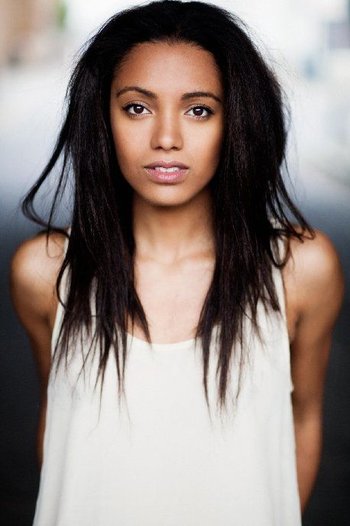 Maisie Richardson-Sellers (born March 2nd, 1992 in London, England) is an English actress of white English and black Guyanese parentage. She is primarily known for her roles in television, including The Originals, Of Kings and Prophets, and Legends of Tomorrow.

Richardson-Sellers is openly queer, and in a relationship with female American singer Clay.

She co-founded Shethority, a global collective for women to empower, inspire and share with each other. Members in Shethority include Arrowverse co-stars of hers Melissa Benoist, Nicole Maines, Chyler Leigh, Caity Lotz, Emily Bett Rickards, Katie Cassidy, Candice Patton and Danielle Panabaker. The collective focuses on dealing with self-acceptance, homophobia and workplace sexual harassment.

Tropes about the actress: