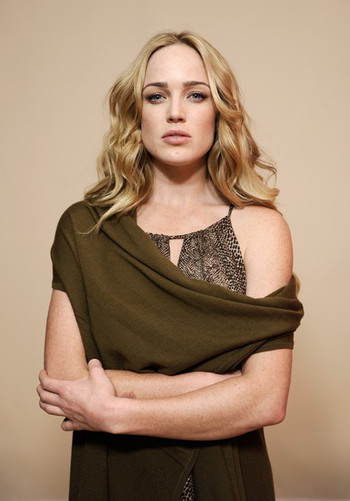 She started her career as a dancer, dancing backup for Avril Lavigne and Lady Gaga and appearing in numerous music videos. She is also a martial artist, with some training in Taekwondo, Wushu and Muay Thai, as well as a skilled practitioner of Le Parkour and Tricking. All of this resulted in her doing most of her own stunts once she moved into acting.

She has had several movie roles but is nowadays best known for her work in television. She currently portrays Sara Lance / The (White) Canary across the Arrowverse, starting in Arrow on a recurring basis, before taking a lead role on its spinoff, Legends of Tomorrow.

She has also directed some episodes of Legends of Tomorrow and The Flash (2014).