Series / Of Kings and Prophets 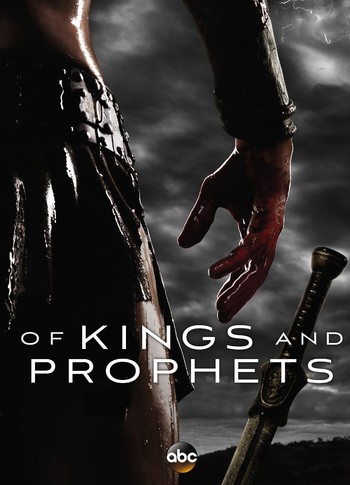 Of Kings and Prophets is an American television Costume Drama based on the Biblical Books of Samuel that premiered on March 8, 2016 on ABC but was canceled after only two episodes. The rest of the season aired in at least New Zealand, but a home release has yet to surface.

It tells the story of the final days of the reign of Saul (Ray Winstone) the first king of Israel, his conflict with the prophet Samuel (Mohammad Bakri) and the rise of David (Olly Rix), a humble shepherd destined to one day become king. Around them unfold the byzantine intrigues of the Israelite court and the unending conflict against the Philistines.