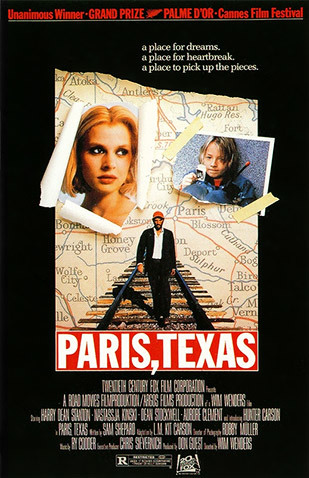 "I wanted to see him so bad that I didn't even dare imagine him anymore."
Advertisement:

Set in the vast Mojave desert, the film tells the story of Travis, a man found aimlessly wondering the empty roads while suffering from memory loss; he is found by his brother and sister-in-law, who proceed to attempt to reunite him with his seven-year-old son, Hunter, who he hasn't seen in four years. Upon regaining his memory and bonding with his son, Travis decides to go looking for the boy's mother, whose whereabouts are unknown.