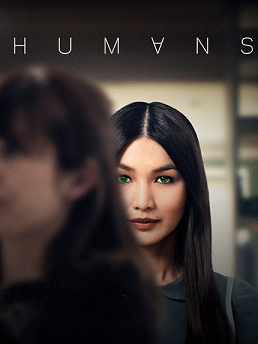 "Everything your men do to us they want to do to you."
Advertisement:

Humans is a Channel 4 and AMC co-produced series based in a world where androids have become commonplace.

The story follows five androids ("synths") who were created to be more human and the family who buy a reconditioned synth.

The series touches on various social issues including robots taking jobs, potential relationship problems due to robotic presence and loss of individual rights.

Humans is a remake of Äkta Människor (Real Humans), a Swedish Science Fiction drama series, and is Channel 4's highest-rated drama in over twenty years. Despite this, in May 2019 they announced it had been canceled.