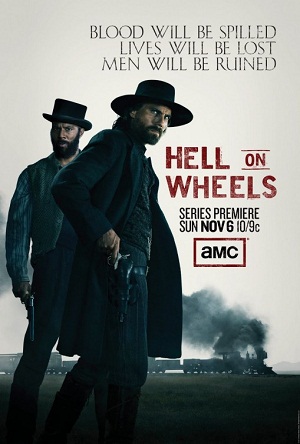 Hell on Wheels is a live-action television series that premiered on AMC on November 6th, 2011.

Set in the 1860s at the beginning of Reconstruction, the series follows Cullen Bohannon, a former Confederate soldier, who is determined to exact revenge on the Union soldiers who murdered his wife. His quest for vengeance sends him westward to Nebraska's "Hell on Wheels," the lawless town that moves with the construction of the transcontinental railroad. However, things get complicated when a Cheyenne tribe attacks the construction of the railroad, determined to destroy the project because it is being built through their lands.