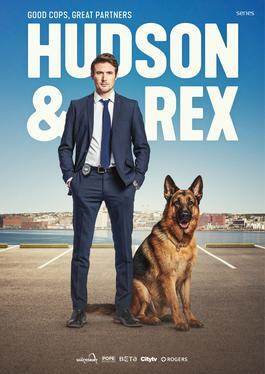 Detective Charlie Hudson, a cunning Major Crimes detective for the fictional St. John’s Police Department, teams up with an unusual partner – Rex, a former-K9 German Shepherd, whose heightened senses keep Charlie hot on the trail of his suspects. Together, they investigate puzzling crimes, from a kidnapping which reveals a much larger conspiracy at play to an art theft murder which runs deep into the world of high society. With Charlie’s deft detective work and Rex’s keen canine senses, this crime-fighting pair is unstoppable.

Hudson and Rex is a Canadian police procedural drama television series, based on the Austrian and Italian drama Inspector Rex, which premiered on Citytv on March 25, 2019. The show began filming in October 2018, with ongoing production in St. John's, Newfoundland. The show was renewed for a second season, which premiered September 24, 2019, the third season premiering on January 5, 2021 and the fourth season premiering on October 7 of the same year.

Tropes Related to this series are: