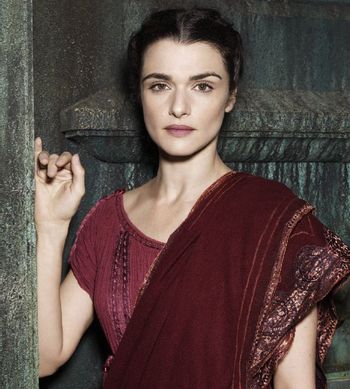 Hypatia of Alexandria at the ripe young age of 65.
"...young adults pretending to look like grown-ups."
—Screen Junkies, in their

When a Hollywood Old character has teenage or adult children, the age difference may become a Playing Gertrude.