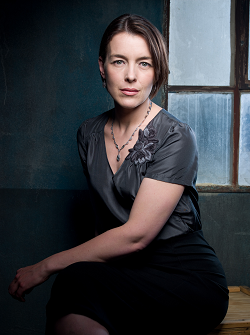 "When the Hollywood thing happened, I thought at some point I'd get to the front of the queue: "Yes, hello, I'd like to play that role." But you don't. You just join a different queue."
Advertisement:

Olivia Haigh Williams (born 26 July 1968 in London, England) is an English film, stage and television actress. Well-respected by critics, she can be seen frequently in film and television often in supporting roles.