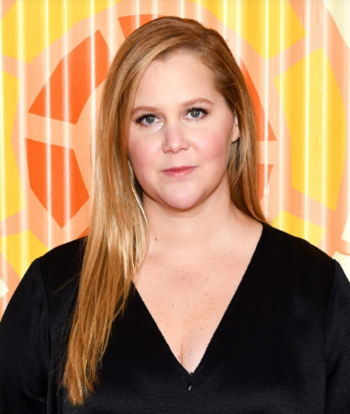 Originally coming to fame as a contestant on the NBC reality competition series Last Comic Standing in 2007, Schumer has since emerged as a major voice in American comedy, thanks in part to her sketch comedy series Inside Amy Schumer on Comedy Central.

She wrote and starred in the 2015 Judd Apatow-produced romantic comedy Trainwreck, opposite Bill Hader and Brie Larson, which was a critical and financial success. She has also written a book of humorous essays, The Girl with the Lower Back Tattoo, published in 2016.