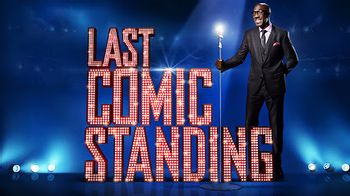 Last Comic Standing is a TV knockout competition for aspiring stand-up comedians. Every season starts with open auditions, with contestants forming a semifinal group of 40. The group of 40 became a group of twenty, giving way to ten finalists.

Unlike other competition shows, Last Comic Standing is not restricted to only amateur or unknown comedians, and every season featured at least a couple comics who had been performing for years and to whom viewers may have already been familiar with through Comedy Central stand-up specials or sitcom guest appearances.