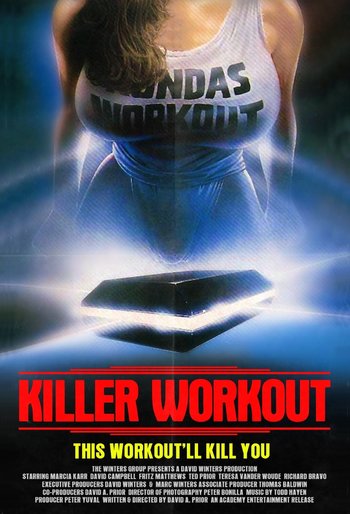 You'll be seeing a lot of those in this film
Advertisement:

A young model is burned in a tanning salon accident. Five years later, people at a fitness club owned by Rhonda (Marcia Karr) in Los Angeles are being murdered by a mysterious killer who uses a large safety pin. It is up to Detective Morgan (David James Campbell) to solve the mystery and stop the killer.