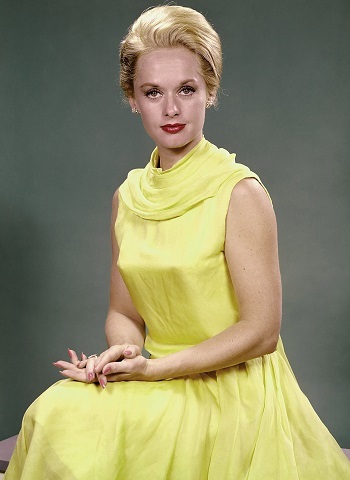 A successful fashion model in her twenties, Hedren became an actor after she was discovered by director Alfred Hitchcock while appearing on a television commercial in 1961, receiving world recognition for her work in two of his films, the suspense-thriller The Birds (1963), and the psychological drama Marnie in 1964.

Her animal rescue activism began in 1969 while she was shooting two films in Africa and was introduced to the plight of African lions, and Hedren became famous for, in an attempt to raise awareness for wildlife, spending nearly eleven years cohabiting with lions alongside her family, an experience that was recollected in the 1981 film Roar.

Besides her animal-rights activism, she also took an interest in the plight of the Vietnamese refugees who arrived in the United States after the end of The Vietnam War. While meeting with some Vietnamese women in California, she noticed they were interested in her manicured nails. Realizing that these women needed a marketable trade to help support their families in an unfamiliar new country, Hedren set up a system to put Vietnamese women through beauty-school training with a focus on nails. This kickstarted a process by which most nail salons in the U.S. are run by Vietnamese families.

She is the mother of Melanie Griffith and grandmother of Dakota Johnson.