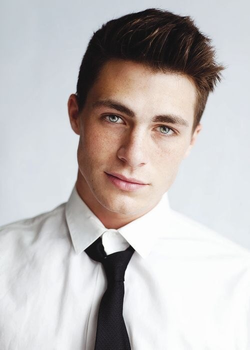 Colton Lee Haynes (born July 13, 1988 in Andale, Kansas) is an American actor and model, best known for his roles on MTV's Teen Wolf as Jackson Whittemore, and The CW's Arrow as Roy Harper / Arsenal.

Originally starting out as a model for brands like Abercrombie & Fitch, he eventually transitioned into acting. While most of his roles to date have been television-based, he's since started branching out into film roles; 2015's San Andreas is his first credited film appearance.