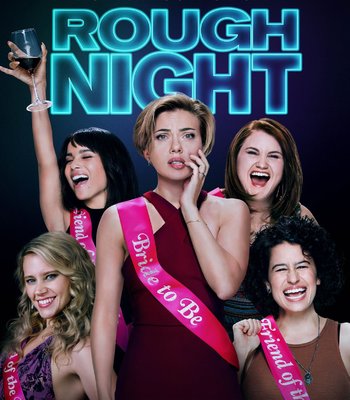 Great friends. Terrible choices.
"I know that things are crazy right now, but you're gonna have a lot of material for my wedding speeches."
Advertisement:

Rough Night is a 2017 black comedy directed by Lucia Aniello (in her feature-length directorial debut) and co-written by Paul W. Downs (both of Comedy Central's Broad City), distributed by Columbia Pictures.

After a night of debauchery, their getaway turns dark when they're accidentally responsible for the death of a male stripper. Amidst brewing paranoia and panic, the women scramble to cover the tracks and avoid getting caught, and the night only gets weirder from there.