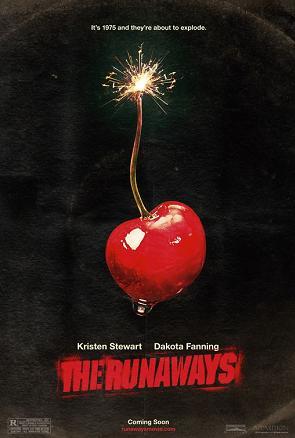 A 2010 Coming-of-Age Story about the first all-female rock band The Runaways. In the middle of the 1970s, Joan Jett is sick and tired of the gender divide in rock music and decides to form an all-girl rock band. Record producer Kim Fowley sees potential and assembles a line-up of aspiring female rock musicians. The only thing that's missing is a singer...which all changes when Fowley spots 15-year-old Cherie Currie in a night club. The Runaways are formed and it's a tale of fame, fortune, drug abuse, cattiness and lesbianism.

The film was primarily based on Cherie Currie's autobiography and so primarily focuses on the relationship between Cherie and Joan and events leading up to Cherie's departure from the band. It starred Dakota Fanning as Cherie and Kristen Stewart as Joan.