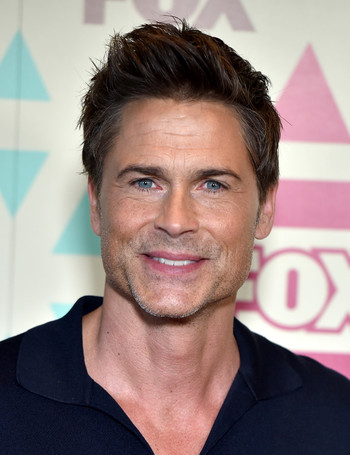 He is literally the most handsome man ever born.
Advertisement:

Robert Helper "Rob" Lowe (born March 17, 1964 in Charlottesville, Virginia) is an American actor who got his start back in The '80s as a member of the Brat Pack in movies like The Outsiders and St. Elmo's Fire. Because of this, he's been a notable Hollywood face for over thirty years, though you couldn't tell by looking at him. In the early-to-mid-2000s, Lowe started appearing in more television works, playing Robert McCallister in the ABC show Brothers & Sisters and earning many award nominations for his iconic role as Sam Seaborn in Aaron Sorkin's The West Wing. More recently, he played the role of Chris Traeger in the NBC comedy Parks and Recreation.