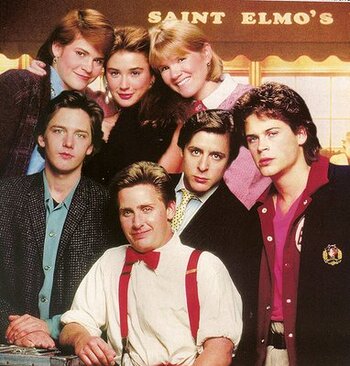 St. Elmo's Fire is a 1985 coming-of-age film about seven friends who start to drift apart after graduating from Georgetown University in Washington, D.C..

The film's theme song, "St. Elmo's Fire (Man in Motionnote A reference to Rick "The Man in Motion" Hansen, a Canadian paraplegic Olympian who circled the world on his wheelchair to raise money for spinal cord injury research)", performed by John Parr, was a #1 hit on the Billboard Hot 100. The film also contains an instrumental love theme by David Foster.