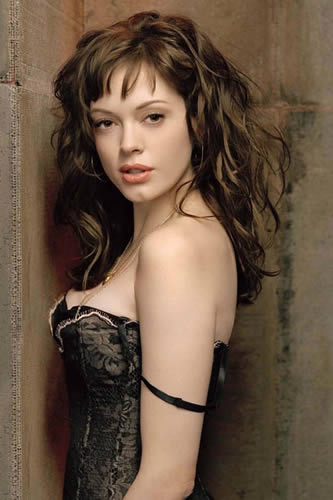 "I was discovered because I am me. So how dare you try to stamp that out of me, and to do the same for other girls and women."
Advertisement:

Rose Arianna McGowan (born September 5, 1973 in Florence, Italy) is an American actress and activist. Known early in her career for such movies as The Doom Generation and Scream (1996), she's had a resurgence in popularity with the TV show Charmed (1998), as the fourth sister brought in when Prue died, and her dual roles in Grindhouse.

In 2016 she announced her retirement from acting to focus on directing. A year later, McGowan reemerged as a very outspoken advocate for female sex abuse victims after accusing film producer Harvey Weinstein of raping her.

Her work features examples of: