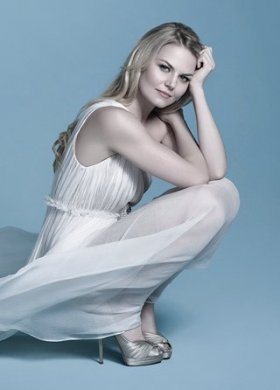 Everyone deserves their happy ending.
"I love acting because you don't have to do the same thing over and over again, every day, and that's what attracted me to wanting to do this for a living. So to be given an opportunity to create something completely different and live that out is the dream. It's incredibly rewarding."
Advertisement:

She is known for her role as Emma Swan in the ABC adventure fantasy television series Once Upon a Time, and Dr. Allison Cameron in House.